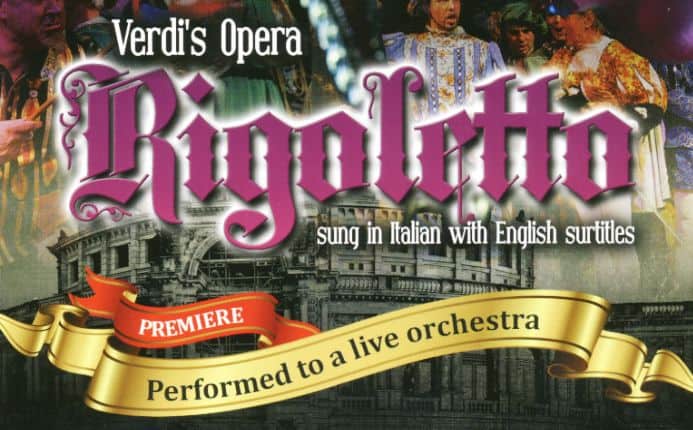 Rigoletto is perhaps the first really great opera from Verdi. It is certainly an audience favourite worldwide. It’s coming to the Towngate, sung in Italian, but with English surtitles which must be one of the best ways to enjoy it, for Italian lends itself so beautifully to musical phrasing. Incidentally, it’s said that Rigoletto was the favourite Verdi opera of the late, great Luciano Pavarotti.

With Rigoletto, The Russian State Ballet and Opera House presents  a tragic tale of misunderstanding, revenge and sacrifice. with an impressive cast and a large live Orchestra of over 30 musicians

But it’s for one night only. For one night Basildon’s Towngate Theatre becomes an Opera House hosting an international performance in style. 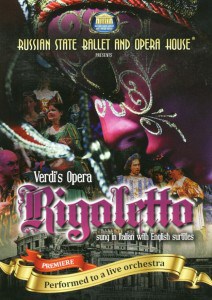 The opera is based on a play by Victor Hugo, ‘Le Roi s‘amuse’ and composed by Giuseppe Verdi with his librettist Francesco Maria Piave, to fulfil a contract for a new opera to be produced at the Teatro La Fenice in Venice during the 1850-1851 season.

Rigoletto offers a succession of stunning tunes, including the famous ‘ La donna è mobile’, combined with an ever-present underlying tension and menace in a plot involving abduction, seduction and a hired assassin. It tells the story of fatherly love, loss and revenge that goes tragically wrong. The story weaves around the hunchbacked court jester, Rigoletto, his beautiful daughter Gilda he loves (but had kept secret from the Court) and the womanising Duke of Mantua he serves. 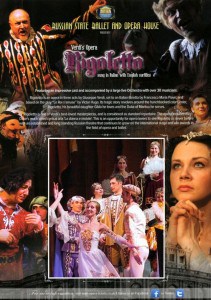 Alexej Ignatow, producer of The Russian State Ballet & Opera House says: ‘Opera has been able to take advantage of the high-tech revolution in home entertainment, television and cinema and more and more people are discovering it. However, nothing can replace the pleasure to attend a live performance, which is why we are dedicated to presenting full and positive new productions in regional theatres. We want to give the opportunity to local audiences to experience these classics at a fraction of the cost they would pay in big cities, give them great pleasure and inspire them to want more.’

The different States within Russia have a fine tradition of opera and ballet. If you have not yet had the opportunity to experience top quality live opera, then this performance of Rigoletto is a great starting point. The Towngate Theatre box office is on 01268 465465, but hurry for these very special live performances get quickly booked.

I spoke later about the show to Alexej Ignatow — have a listen to the recording which is saved in the blog headed Rigoletto Hits The Towngate.  The date to note: Wednesday February 11th. Performance starts 7.30pm. Box office 01268 465 465