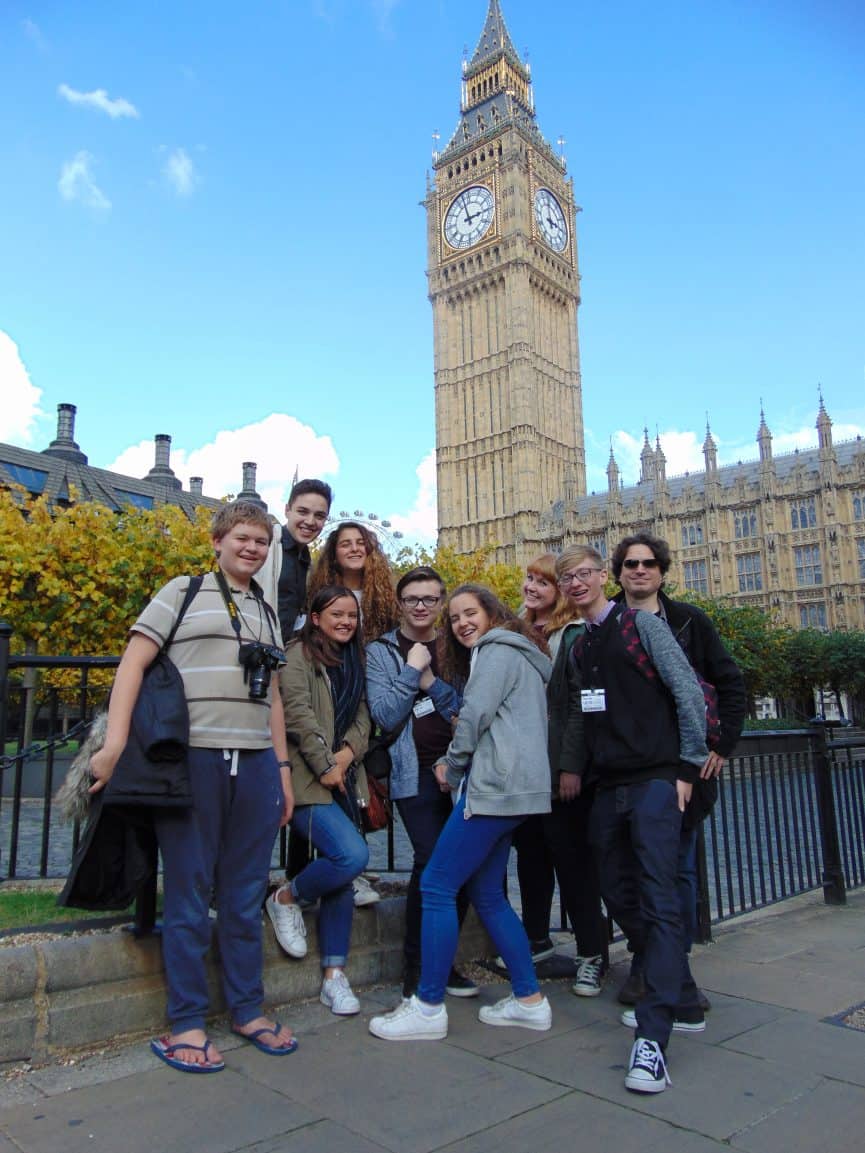 On Saturday 15th October, the Gateway radio club was away from the studios, to visit Parliament, in Westminster. Josh, Poppy, Roza, Thalia, John, Callum, Frazer and Liam all visited the famous London building.

It was a really enjoyable day for all, beginning with pictures being taken outside the Houses of Parliament. After some lunch, we all went into the building and received an audio tour. This tour took us through St Stephens Hall, Central Lobby, the House of Lords and the House of Commons. Although pictures were not permitted in the chambers, we can assure you that we had a fantastic time in the most famous rooms in the country. 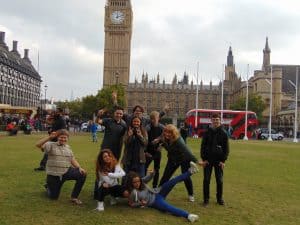 We were all incredibly surprised by the size of the House of Commons and Lords chambers – they are much smaller than they look on the TV! It was especially exciting for German exchange, Thalia; who had not been to London before, let alone Parliament! She said that she really enjoyed the day, and it was brilliant to see such an iconic building.

The members of the radio club leant on Jeremy Corbyn’s despatch box and wandered through the seats that the elected representatives of the UK sit on. Perhaps there may be a future MP in the radio club!

The radio club would like to thank Gateway 97.8 for organising the trip and the generous donors Jack Petchey foundation for funding the visit. You can catch the radio club live on air every Saturday on Weekend Breakfast between 9 and 12.