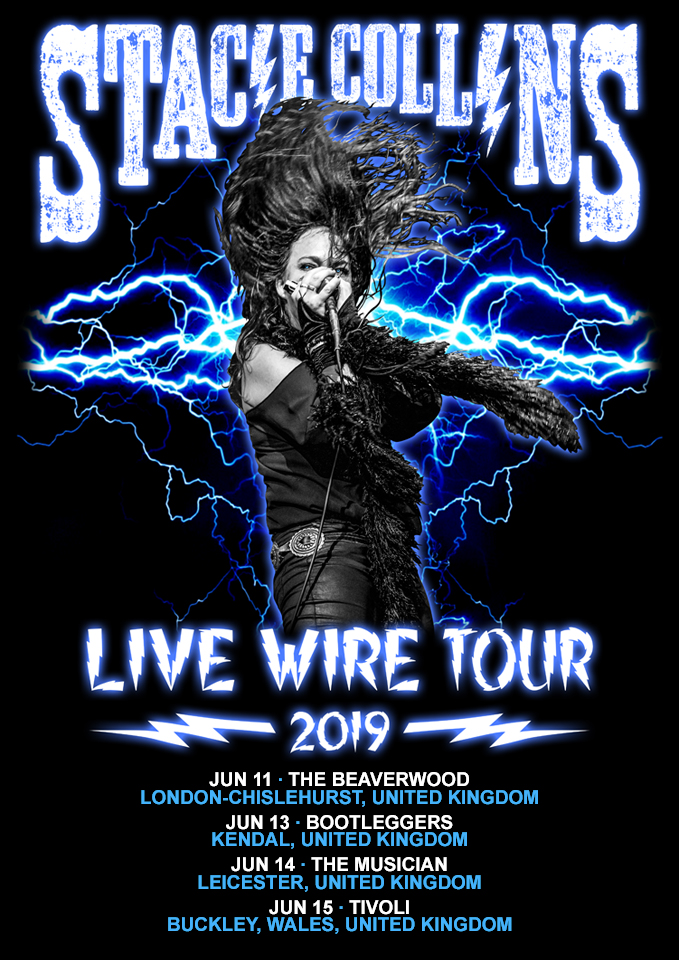 Nashville based roots-rocker Stacie Collins returns to the UK in June for four dates as part of her LIVE WIRE tour. Continuing the headlining run that’s seen her tearing the roof off clubs all across Europe, Collins and her band The AL-Mighty 3 will be performing songs from her forthcoming release, which is due out later this year and is on pre-order now – see www.staciecollins.com/new-record-pre-sale – as well as songs from her previous four disc catalogue.

Receiving high praise from around the world, the rip-roaring harmonica, singer-songwriter puts out a high octane blend of blues  and raucous country honky-tonk edged with enough rock to rattle your bones. Her tales of heartbreak and hard living are presented with a fiery wail, often from the top of bars or perched on the woofers, and are enough to make a grown man cry. As many concert goers will attest, Stacie Collins can be badass defined, but she is also capable of laying down a ballad to melt hearts. Classic Rock magazine says ‘Her music is sassy, sexy and rocks like a bitch’. Stacie Collins and the AL-Mighty 3 pack quite a wallop and will be once again delivering to British audiences a double dose of good ol’ fashioned rock ‘n’ roll and Americana excellence.