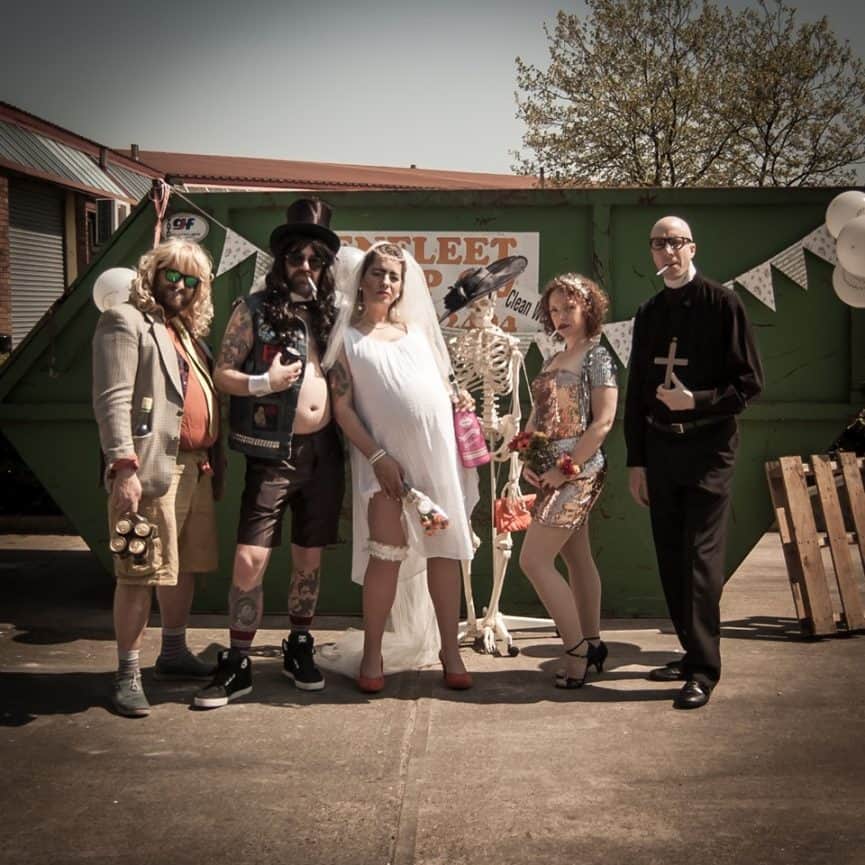 Recorded in December 2018 by Dave Shalloe at Creative Studios in Brentwood, this is the second album by acclaimed Essex based folk band Arfur Doo And The Toerags. The album was recorded live in a studio environment to capture the bands energetic performance.

The tracks on the album are a mix of traditional English and Irish folk songs and tunes, original compositions by well known folk performers and our first self penned tune by guitarist Tim Bennett.

As with their previous album cover for A Bit Of A Doo, which pictures the band at what looks like a terrible party, the artwork for Till Death Us Doo Part has a story to tell, inspired by band member Fran being 8 months pregnant. Is there a link between the two covers? You decide. It also features the obligatory Doo pun in the album title.

The retail version of the CD comes in a glossy full colour 6 page Digipak cover. TILL DEATH US DOO PART