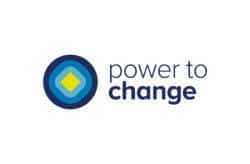 We’re living in divisive times – but Brits say their sense of community spirit is alive and well.

The newly-released Community Spirit Index from independent trust Power to Change highlights cities where neighbourhood working is strongest and reveals that despite a polarised political landscape, at a local level the majority of us (57 per cent) know and trust our neighbours. The research was commissioned by Power to Change, the independent trust behind Community Business Weekend (May 16-19).

Aston spoke to Vidhya Alakeson, chief executive of power to change about the findings.