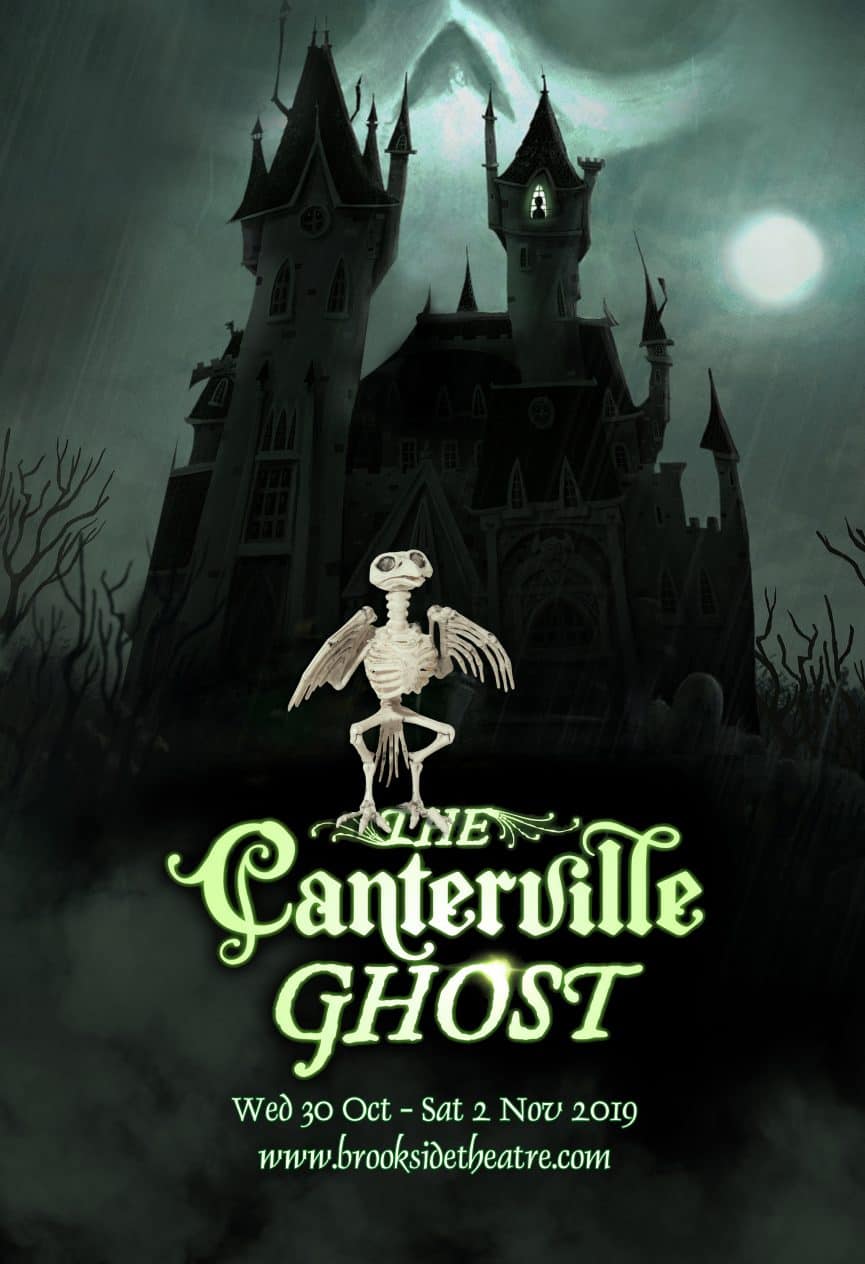 This Halloween, the Brookside Theatre are proud to present a fantastic new stage adaptation of THE CANTERVILLE GHOST, an enigmatic masterpiece from one of the greatest story tellers ever to set pen to paper, Oscar Wilde.

THE CANTERVILLE GHOST tells tale of Harry and Lucy Canterville and their young daughter, Jennifer; a modern family who arrive from America having inherited an old Gothic mansion, which just so happens to be haunted by the tortured spirit of their ancestor, Sir Simon de Canterville. The ghost dates back to the 1500’s, knew Shakespeare personally and was even a favourite of Elizabeth I, but after killing his wife he was doomed to wander the earth for all of eternity. When the family move into Canterville Castle, Sir Simon embarks on an ill-fated attempt to spook the trespassers from his ancestral home, but his ghostly machinations hold no fear for this rational modern family. Sir Simon succumbs to utter despair until he meets young Jennifer, who sees him for who he really is…

This new version of the classic ghost story features a cast of talented local performers including the lead role of Jennifer being played by 8 year old actress, Delilah O’Riordan, from Upminster.

The play’s director, Harri Sepple, spoke about working with Delilah;

“She is such a bright young lady and just seems to remember everything she has been taught first time, every time. She has a truly loveable personality and such a positive outlook on life that I think we can all learn from working with Delilah. It’s a really big role for such a young girl but I have every faith that the role of Jennifer is in very safe and talented little hands.”

“Writing the script was a challenge, playing such as iconic role is so much more. With the likes of David Niven, John Gielgud and Patrick Stewart playing Sir Simon in various incarnations, I’ve certainly got some high expectations to live up to.”

THE CANTERVILLE GHOST promises to be an unforgettable rollercoaster ride featuring breath taking illusions, ghoulish effects, laugh-out-loud comedy and its fair share of ‘jump out of your seat’ moments … A ghostly treat not to be missed!

THE CANTERVILLE GHOST runs from Wednesday 30th October to Saturday 20nd November 2019 at the Brookside Theatre, Romford. For tickets and further information please visit www.brooksidetheatre.com or call the theatre on 01708 755775