I was genuinely lucky to make it in to the studio today, after spending more than half a bloomin’ hour trying to get parked! However, after listening to a bit of ‘Pretty Fly For A White Guy’ (and one VERY loud rant on the airwaves), I was back to my usual chirpy self.

I also had a little chat with Johnny Jenkins, who was filling in on ‘Coffee & Tea’ today. We reminisced about our respective ass-kickings at the hands of the Kodosai karate collective a few weeks ago, only for Johnny to drop the bombshell that he literally asked for it, because he was getting a bit bored standing behind the desk! 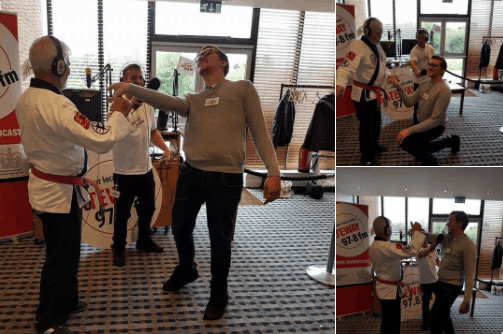 I was somewhat less willing! 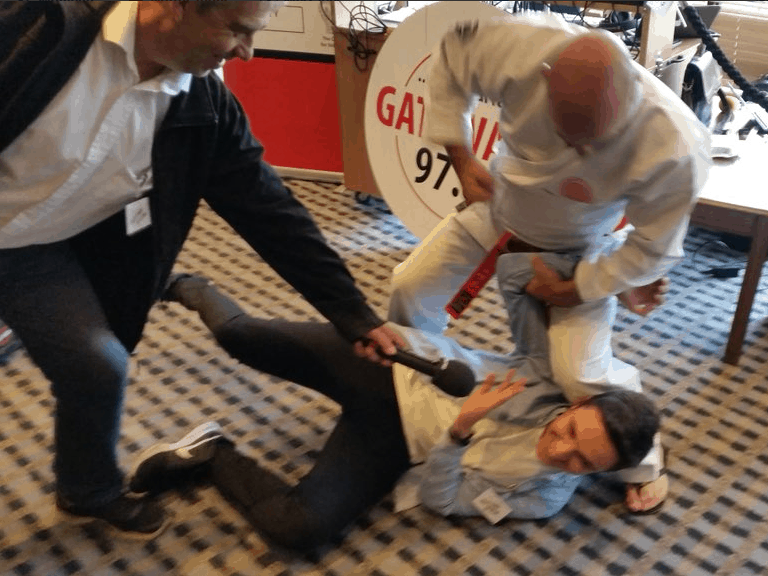 Look at him! The lunatic!

Anyway, whilst I try to wrap my ahead around that, here’s your Alternative Chart for this week……

I’m still a huge fan of the music both Gallagher boys are pumping out at the moment, so I was very happy to announce that Noel Gallagher is once again your Alternative No.1 (along with his High Flying Birds). Plus, a very surprising and high-scoring appearance from the always epic Led Zeppelin, and a brilliant re-imagining of a Roy Orbison classic.

Until next time, enjoy the fireworks, have a fantastic week, and I’ll talk to you again soon!