So, last night was the Gateway AGM, where we were all sat down and told that there were big changes coming up in 2018, before being promptly handed our P45s!

I kid of course! One thing that did happen, however, was Laura Anderson snapped this beauty of a pic, of herself, me, Tyler Pittaway, and Producer Jack. 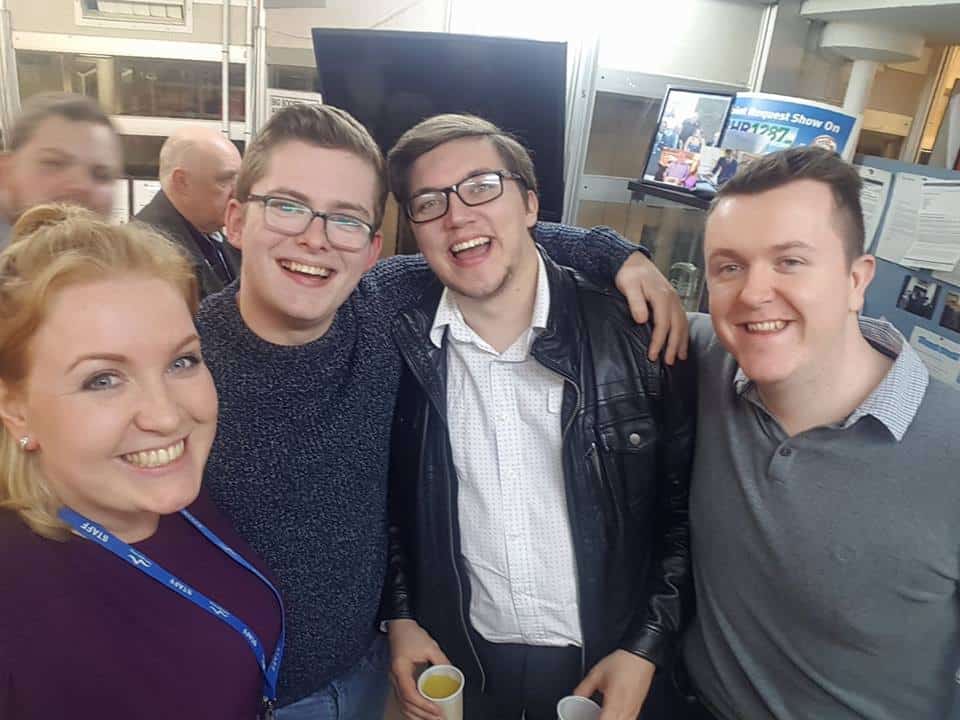 Only I could manage to look drunk while drinking PINEAPPLE JUICE!

Fast forward less than 24 hours to the last ten minutes of ‘Coffee & Tea’, where two of the men in that picture were trying (and failing) to resist the urge to throttle the third! The short version of events is that Producer jack had managed to get his hands on one of the promotional balloons from last night’s AGM. For the long version, listen to the last ten minutes of today’s ‘Coffee & Tea’ show on the new ‘Listen Again’ page of the website.

Tyler then joined me at the start of my show, to set the challenge for this week’s game of ‘Alterni-Ties’. Every week, with no preparation whatsoever, I have to prove how a randomly selected alternative artist/band – chosen by the host of the show before me – can possibly be related to whatever happens to be in the headlines at 3pm.

This week, I was tasked by Tyler to prove how Thirty Seconds To Mars is related to Tesco (and no, saying something along the lines of “you can buy their music there” isn’t allowed). So, here goes……….

Which brings us to your ‘Alternative Chart’.

I’ll be back next week with even more indie/rock jams. Until then, enjoy your weekend, have a fantastic week, and don’t forget you can listen to the show in full at www.gateway978.com/listen-again