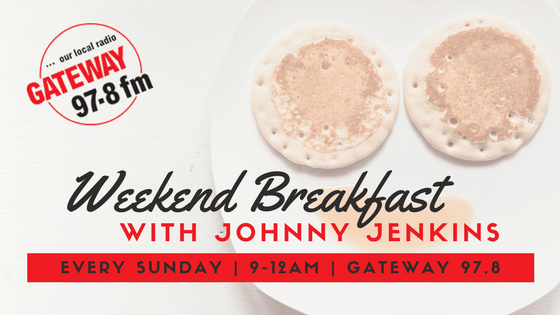 On today’s show, I speak to former British Ambassador to #Russia and #SovietUnion Sir Rodric Braithwaite, folk protest singer Adrian May and to @ACoyEssexACF – jam-packed show, tune into @Gateway978 from 9-12 for the #WeekendBreakfast @EssexBookFest #basildon pic.twitter.com/a7L5lBTx02

We started the show celebrating summer time, but learning about the effects this may have on our skin:

Newspaper front and back pages:

We spoke to star of Essex Book Festival, Adrian May:

In hour 2, Johnny looked at the TV listings for the day:

And some facts you didn’t know this time last week:

During the third hour, Johnny looked at the new films in the cinemas this weekend:

Johnny will be back next Sunday from 9-12, until then – you can listen again online.