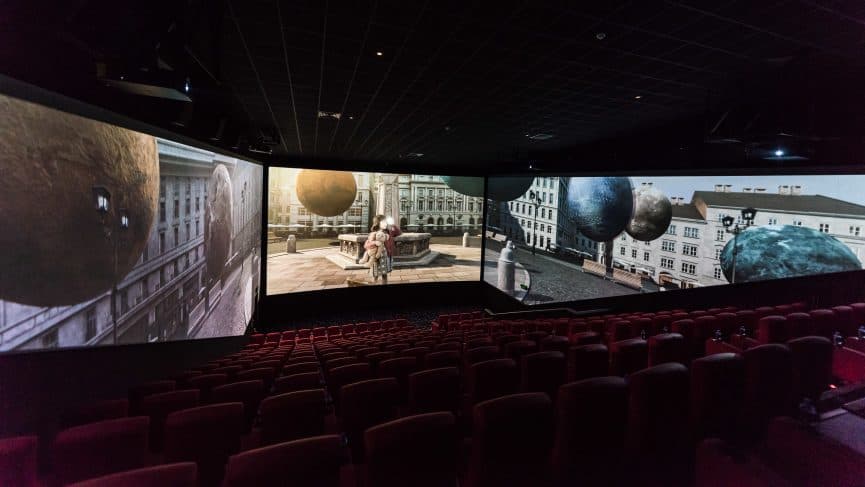 If you’re anything like me, you love a good trip to the cinema, seeing the latest films and feeling completely immersed in it all. If that’s you, then you’ll be fan of what Cineworld right here in Basildon has ready and waiting for you now.

On Thursday night, I was fortunate enough to be invited to the launch of Cineworld’s brand new ScreenX, technology designed in South Korea by CJ, and exclusive to Cineworld in the UK – they’re calling it a ‘world first.’ For the first time, you’ll be able to see selected films projected in 270°, including the screen in front of you and screens to both the left and right of you. How is that for immersive?

Thursday’s launch was a chance for us to see the new film ‘Shazam,’ but what was it like?

I should point out that, for Shazam, only certain parts of the film were projected in 270 degrees, but the technology allowed for some very cool effects. For instance, there’s a certain point in the movie where some of Billy’s new superhero powers are being demonstrated that allowed for a very cool use of the side screens – go see it to see what I mean!

The one mistake that I made was sitting along the edge of the cinema. If I’m honest, end seats are my personal favourite in traditional cinema screens, but if you’re seeing a film shown with this new technology, try and get a seat towards the back and in the middle, to take advantage of this new technology.

I was altogether impressed with the new screen that’s available to cinema goers right here in Basildon, and think that, even if you’re convinced that you’ve seen all you can, give it a shot. I think you’ll be pleasantly surprised. Cineworld right here in Basildon will be showing Shazam in the new technology for a little while, and as for the film itself – it’s fantastic. I confess – I’m not a particular fan of superhero films, I couldn’t tell you whether Marvel or DC is better. However, Shazam is a very funny movie that in some ways pokes fun at the genre but at the same time is incredibly earnest and carries a gripping story. Coupled with the new ScreenX technology, it’s definitely a winner!

What are you waiting for?

Just to clarify, I was invited to attend the screening for free by Cineworld, but my opinions on the technology and the film haven’t been affected as a result.