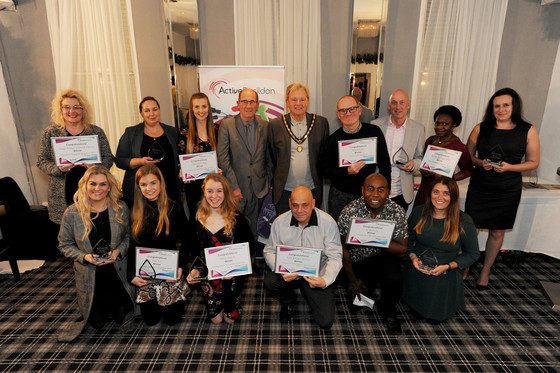 Individuals, clubs and teams who make an invaluable contribution to physical activity in the borough were recognised at the Active Basildon Sports Awards 2019. The annual event, which is now in its sixth year, is run by Active Basildon and supported by Basildon Council where they celebrate talent, commitment and determination.

It was an opportunity to honour accomplished sports people, unsung heroes who give up their time to support sporting talent and dedicated volunteers who inspire their local community to be more active.

The winners were announced during an awards ceremony at Reids, in Laindon Road, Billericay on Thursday 14 November.

“It’s great recognition of those who have made a big contribution to sport and physical activity across the borough. A big congratulations to not only the winners but those highly commended.

“We have some talented sports people, and it’s only right to celebrate their success whilst inspiring the next generation to reach their full potential.”

Winners and 15 highly commended nominees were revealed across the categories, which included Coach of the Year and the Inclusive Communities award.  Winners will now have the opportunity to win Essex-wide recognition at the prestigious Active Essex Sports Awards, which is due to take place next month.

“Basildon is full of talent across the spectrum. I’m not surprised by how much these people have accomplished but I was so delighted to see them collect their awards.

“Everyone involved should be proud of themselves because they’ve inspired the next set of sports people to do even greater things in the future.”

“We’re very proud of the winners, all those who applied and everyone who works tirelessly to make sport and physical activity happen for local residents.

“It was only right to highlight the achievements of a selected few, and all the incredible work they have done for residents of Basildon.

“There is some genuinely inspirational work going on across the borough, whether it’s changing lives through sport, achieving great things in competition and all those behind the scenes making sport happen, the people behind the people, we appreciate them all.”