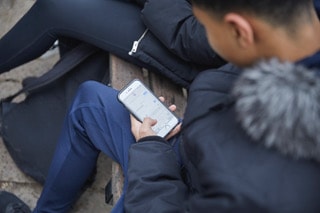 The NSPCC’s round-the-clock service delivered 4,500 counselling sessions – up 16 per cent from the previous year – to children and young people, the youngest aged nine, who were coerced or forced into sexual activity.

In more than a third of counselling sessions young people disclosed they were targeted online – usually through social media or video games – often by their peers or people known to them.

Most commonly children received help from Childline because they were forced to perform or watch sexual acts or had been persuaded into sending naked images or videos of themselves – some were threatened with the images being told they would be shared with friends and family.

In the total number of counselling sessions about sexual abuse (8,841) exploitation featured in more than half.

To help address the problem the NSPCC is calling on the Government to provide proper training to teachers so they can deliver effective and relevant lessons about healthy relationships, consent and sex; and support young people to get help from a trusted adult.

One 15-year-old girl told a counsellor she was feeling suicidal after being sexually exploited by a gang of boys:

“I never thought I would ever be the sort of person who could be sexually exploited.  One day I met up with some boys and they made me feel worth something. It started off small, complimenting me, stroking my hair. One day one of them started kissing me so I pushed him away and said no, but he wouldn’t stop. I ended up having sex with him because I was scared about what would happen if I said no. This pattern continued between the gang. I didn’t see a problem with it until school found out and told me what was happening was a crime.”

The Childline Annual Review also shows the biggest jump – up a quarter – in the amount of 16-18 year olds receiving counselling for sexual exploitation.

An 18-year-old girl revealed to Childline:

“When I was younger I kept going online to talk to people mainly because I felt so alone.  Some older guys started chatting to me and I sent nude pictures and videos of myself to them. I got compliments and didn’t know how to say no. Most of them knew I was just 13 and some of them threatened to post the pictures online if I didn’t send more. I feel sick just thinking about it and feel so insecure about this all coming back to haunt me.”

“This pernicious form of sexual abuse was where domestic abuse used to be. Older people need to recognise and understand that victims feel trapped because of an overwhelming sense of shame and humiliation. They think they will be blamed, but often they are tricked by people they believe to be genuinely in love with them.

“It is important we explain these new dangers to young people, and how they can be persuaded, cajoled, threatened into actions they come to bitterly regret. Teachers can play their part, and so can families. Difficult as it is to broach such a sensitive subject, parents can forewarn their children about this danger, and so forearm and protect them against it. And of course, remind them that they can safely contact Childline for help and support.”

“Sadly, we are hearing from young people every day who are being manipulated or blackmailed into carrying out sexual acts. For many this impacts on their mental health and leaves them feeling isolated from the people closest to them. Some turn to self-harm, alcohol or substance misuse as ways of coping with their experiences.

“Everyone must be prepared to confront this problem, from government right through to schools, parents, professionals, and us at Childline. The Government must ensure teachers are confident to teach the new Relationship and Sex education lessons rolling out next year, and Childline needs more volunteers to make sure they can be there for every child who needs our help, at all times of day and night.”