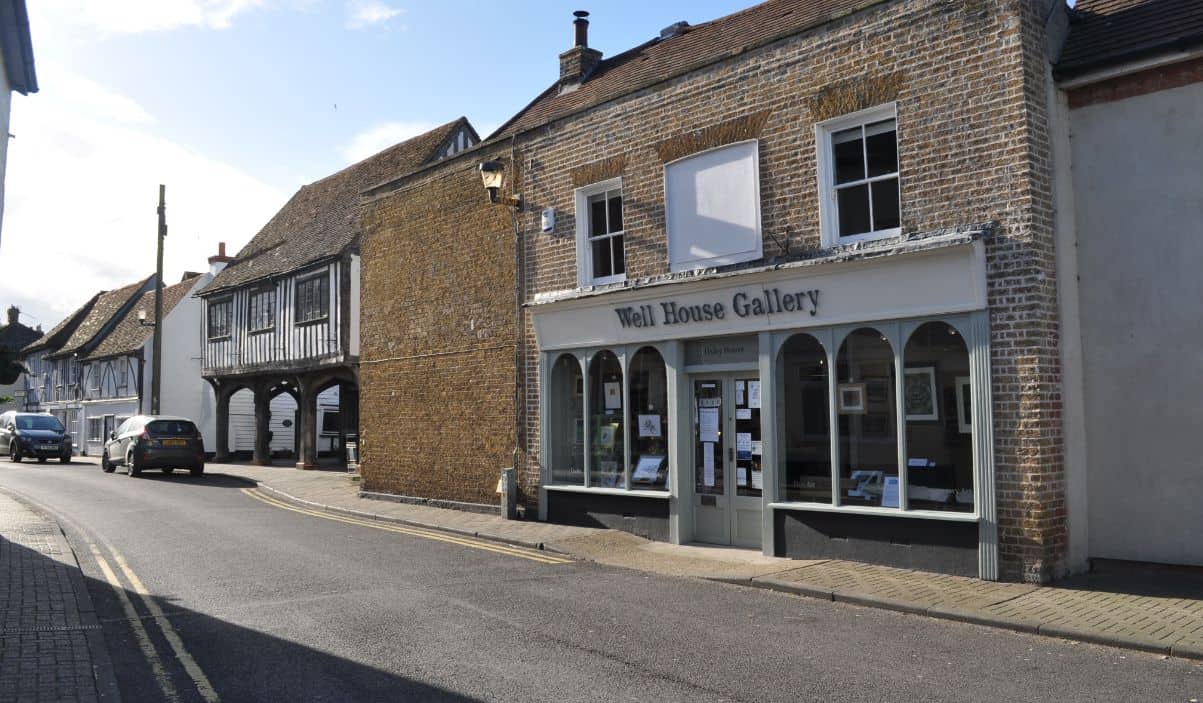 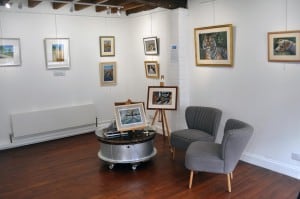 When artists talk about their work, the resulting conversation frequently gives a fascinating insight into the artistic inspirations that make them tick. Or, if you prefer, the interpreted mental construct of the individual artist’s world and interests.

But hearing about the work is no substitute for seeing it, for graphics work best as rendered images rather than evanescent sound waves or printed waveforms. 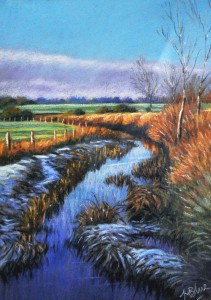 Put it another way — pictures speak louder than words: a popular, but misleading truism in the same category as ‘a picture speaks a thousand words’. The truth is that a picture is far more than a simple attempt at realistic imagery: it is the artist’s attempt to convey visually his understanding of the nature, character or essence of his subject.

As a result, a collection of an artist’s work gives the interested visitor an insight into the way the artist’s mind doth tick while experiencing the objective realisation of another’s subjective interpretation.

Our Arts correspondent Pat Douglas talked to Mark Blue  about his work, of which a selection is showing at the Swan House Gallery in Horndon on the Hill. Hear the interview (select the three lowest clips below: top one first) that was first aired on ‘Good Afternoon’ on Gateway 97.8 on February 2nd. 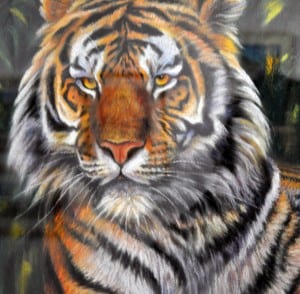 The snapshots of his work can do no more than give you a mere flavour of the feast spread out at the Gallery.

The detail from his tiger painting is interesting for the attention paid to the face and eyes and the feeling of a multilayered set of dimensions of decreasing detail that gives the work a sense of dynamic power.

So too with representation of the ever changing interplay of moving sky and running water where you can see how pastels in the hands of a fine artist yield an impressionistic softening of detail to give a world of subtle change and blend: a refreshing venture into the expression of analogue reality where edges are felt and implied rather than precisely defined, where detail is hinted at rather than depicted, a world lacking the digital certainty of on or off, black or white. 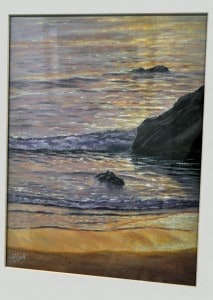 Of course, art has another wonderful quality: that of being exploratory, revolutionary, unconventional and inquisitive. The artist is prepared to venture ‘out of the comfort zone’ and to react with other artists from different disciplines, prepared to pair with others in an effort to fuse their different artistic inspirations to create something more creatively fulfilling than he or she alone could express.

Paint Off at the Thameside Theatre

So if you want the unconventional, then the Paint Off could tickle your fancy. It is art as entertainment, interactive and forced to conform to strict time disciplines. Hear Pat talking to John Gathercole and James Quinn in the uppermost of the recordings below with details of how you can become involved.

Apologies for the quality of some of the photos shown here. To see the real thing, get to the Swan House Gallery in Horndon on the Hill, a delightful village with a thriving artistic community and you’ll find there a good watering hole with splendid food.