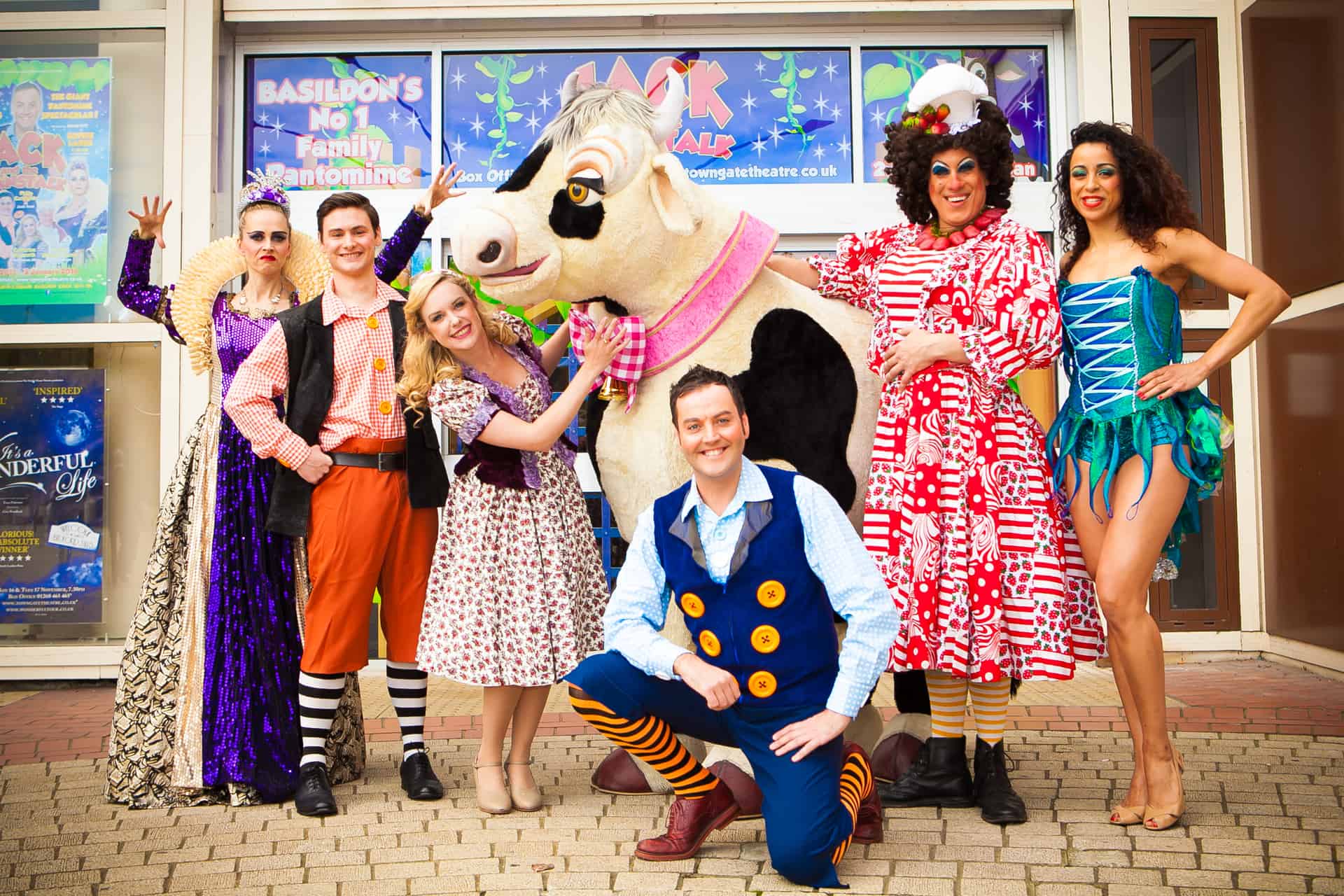 It is panto time again at the Towngate Theatre Basildon, as the stars of Jack and the Beanstalk gathered together in the October sunshine for their annual photoshoot in St Martin’s Square. Simon Fielding is back for an amazing ninth year as co-producer, director, and star of what looks set to be a GIANT sellout. Also returning this year is Sophie Ladds playing the wicked Desdemona.
The cast includes Philip Catchpole as Jack Trott, Catherine Hayworth as Princess Jill, Nick Barclay as Dame Trott, Natalie Winsor as Fairy Nuff, and Emlyn Glanmor Harris as King Eamonn. And we must not forget the amazing panto cow.  The very witty script is written by Brad Fitt. 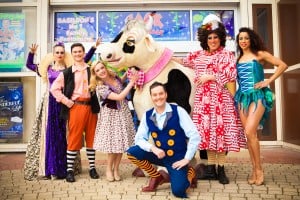 Gateway’s Ros Connors met the cast this week. Click to hear her report. Jack and the Beanstalk runs between 2nd December until 3rd January 2016. Tickets can be purchased by visiting towngatetheatre.co.uk or by phoning the box office on 01268 465 465.  Our local radio Gateway 97.8 is proud to be an official sponsor of Basildon’s 2015 pantomime.